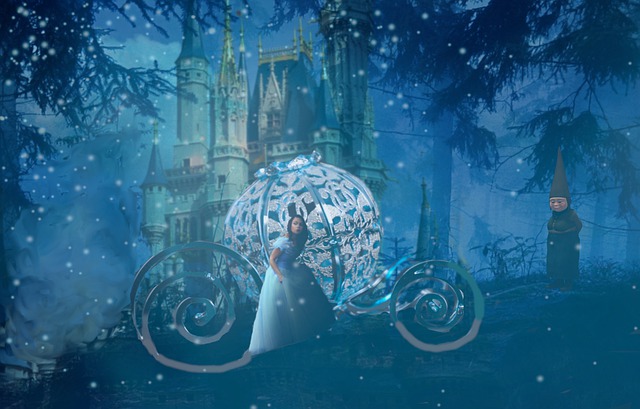 For hundreds of years, Cinderella has represented the ideal that young girls hope to aspire to; in this, she is one of the original female heroes in literary fiction. She is a young, beautiful girl whose father loved her deeply. She is cared for and affluent. Due to a series of unfortunate events, Cinderella loses these things and is saddled with an unkind and uncaring step-mother as well as two horrible step-sisters. She is a slave to her situation and seemingly helpless to extricate herself from her predicament. Despite her desperate situation, Cinderella always seems to maintain a good disposition, never losing faith and things will eventually turn around for the better. She is the epitome of hope in hopelessness; a characteristic of strength in the female form.

Fairytales and nursery rhymes are some of the first stories that children are exposed to. From the time of the cradle, mothers and other caregivers sang songs and shared stories from their own youth with the youth of the next generation. Contained in these stories and songs are the seeds of societal expectation for the normative behaviors they are expected to display. As children grow up and take their place in society, these cultural norms become the governing rules that usher them into a society that surrounds them.

These songs and stories serve as the first elements of education for all children. Whether these be fantastical deeds where the hero overcomes a great evil, or lessons of propriety shared through allegory this is where education begins. For centuries, the education of women and female children was limited to the information shared by other women. Lessons taught in the nursery and the home was the norm for most women. While examples and exceptions exist in history where the education of women was concerned (Egyptian physician Merit Ptah is one of the oldest examples of a woman serving as a medical professional) before the 1800s most common (Western European) women read nothing more than the Bible, and their education was limited to maintaining the home.

The Middle Ages were particularly cruel to women learners, with many rulers (religious, scholarly, and governmental) reducing the role of women in society to little more than chattel. Philip III, King of Navarre believed that women should not be educated unless they were to become nuns and study holy scripture. Geoffrey Chaucer, author of the renowned collection of English allegories, "The Canterbury Tales" feared that if women were permitted to read and write that they might bring chaos to society with their statements against men. Venetian authoress Christine de Pizan crafted "The City of Ladies" in the argument for the virtues and nobility of women, and stands as perhaps one of the most influential female storytellers of the time.

Women authors existed and fought for their voices to be heard. Margery Kempe, Margaret Paston, and Marie de France all made their mark on literature and reading for women. They recognized the challenges of their society and rose up against it with pen and parchment. Sharing the challenges of women and presenting their strengths to an often unwelcoming audience. Women who were fortunate enough to own a publication from one of these early pioneers in women's education handed these books down to their daughters and named them in their wills. Another example of women sharing stories with other women as a form of education.

In 1697 two publications occurred that - should - have had an equal influence on the realm of shared stories. The first was a publication by author Charles Perrault entitled, "Contes de ma mère l’oye (1697; Tales of Mother Goose). Perrault's book contained eight stories that most of society has come to know and love. Names like Sleeping Beauty, Little Red Riding Hood, and of course, Cinderella graced the pages of publication for the first time. Perrault did not take credit for the origin of the stories, he merely recorded tales that had been shared for centuries in oral tradition; giving them legitimacy at last.

The other publication was a collection of stories from another French author, this one a woman, from the French Court. The works of Marie-Catherine Le Jumel de Barneville, countess d’Aulnoy were also compiled and published that year in " Les Contes des Fées" or "Fairy Tales". Indeed it was Countess d'Aulnoy who coined the term "Fairy Tale" for use in literature. D'Aulnoy's works also contained fantastical stories. Yet, unlike the works of Perrault, d'Aulnoy's stories were designed for adults.

So what happened that we (as a society) know the works of Charles Perrault and Mother Goose, but not the works of Marie D'Aulnoy and her Fairy Tales?

Marie d'Aulnoy's works were shared at the Court of France in a time when the Court (and the Religion of the Country) were in a huge upheaval. The Protestant faith was in the throws of combat against French Catholicism, and D'Aulnoy's stories dared to challenge many of the societal norms of the time. While her works were published, only a handful remain in existence. One of these is in the public Library Württembergische Landesbibliothek in Stuttgart, Germany. A few others are in the hands of private collectors, but aside from these, her name is lost to the annals of history.

The Brothers Grimm had the option of including d'Aulnoy's stories in their own collection when they started the process of collecting and transcribing tales and stories (publishing around 1812-1815) - they chose not to. Instead, they focused on the stories of Perrault, as well as other tales with social lessons more aligned with the will of their current time.

These stories, myths, and fables helped to re-birth the ideas from ancient storytellers; re-kindling the art of storytelling. Epic tales like Beowulf, Gilgamesh, and The Odyssey; once topics of study for serious scholars, found younger, smaller inspirations, in heroic tales of wonder told at a child's bedside. The longer allegorical legends of ancient mythos that wrote of the price of mankind's hubris, became stories told in the nursery, designed to teach lessons of humility, safety, prudence, and faith.

So, here we are, some 300+ years later, still writing stories of heroic adventures. Still looking for lessons in legends. But unlike our predecessors, we are not constrained by the politics of a society that would demand all heroes be men, and all women are rescued. No, we will look to Madame Marie d'Aulnoy to challenge the norms and script our own narratives.

Our Princesses can rescue themselves.