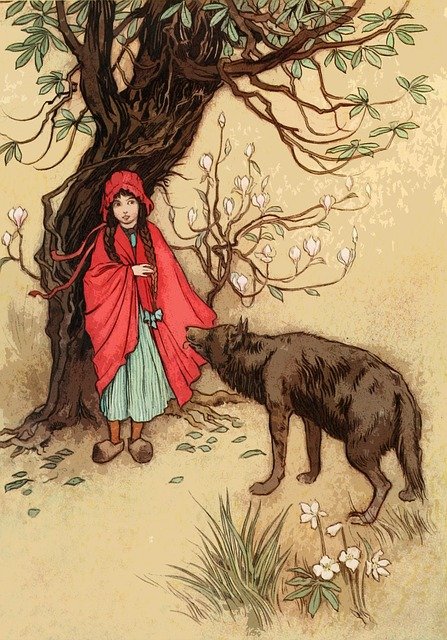 The Villian as a Teacher

Huddled in our blankets, settled in for the night, an adult tells us a story about a child overcoming an enemy and being rewarded with peace and happiness. It’s something we have all experienced and something that has been practiced for millennia – the sharing of fairy tales, fables, and other folklore. But what is the purpose behind these tales? For what possible reason could adults wish to share potentially horrific scenes, just before bedtime with impressionable youth?

Today we talk about the purpose of the villain in fairytales and what possible function they could serve.

Aesop’s fables exist as a primary reference for some of the earliest recorded forms of tale-telling and lesson sharing we can evidence. The Tortoise and the Hare is a primary tale of the importance of perseverance and taking one’s time; and the Boy who cried Wolf teaching the value of honesty. In these, the protagonist really has to do battle with themselves and the lesson is achieved through self-observation. But what happens when we embody an ideal and personify it?

The Evil step-parent. The Witch. The Bad Fairy. The Big Bad Wolf. Each of these is iconic representations of villains that show up in folklore and fairytales across most of Western Europe. (Supernatural elements exist in other cultural tales as well, but today we will focus on these).  In each of these instances, the main antagonist for the story serves as both the foil and the lesson keeper for the child/hero.  The evil-step parent sets the hero on their quest or serves as the primary obstacle to be overcome, while the other antagonists embody specific lessons that should be learned.  As evidenced by Aesop, storytelling is one of the better known, and ancient, methods of teaching.

Societies rely on tale-telling to share societal norms with their offspring.  While they are learning to speak, they are also learning how to purport themselves in the great world around them. Fairytales and Fables serve as one of the primary methods of communicating that information to children. Crafting a personification of a negative aspect of society and introducing it as a villain helps deliver the information in a method that children will understand.

Sleeping Beauty’s evil fairy existed (initially) to teach the value of etiquette and good manners. The fairy punished the parents of the child (via cursing their infant) for not inviting them to the event (when all the other fairies had been). One is given to believe that (perhaps) if the parents had simply made a good effort to use better manners, their Kingdom and child would not have paid the price. Alas, bad choices resulted in a terrible experience for everyone, and ultimately the death (or banishment) of the fairy. Perhaps also a lesson in better lines of communication, and not making assumptions (even when you are one of the most powerful creatures in the forest)… or better yet, don’t make deals with fairies.

The Witch in Hansel and Gretel is a classic example of teaching children not to trust strangers; as well as not to judge a book by its cover. The attractive home and sweets that the Witch offers are an enticement that the children cannot avoid. They are tricked into captivity and forced to rely on their own resourcefulness to save themselves. In some stories, this has happened because the children were abandoned by one of their parents (a lesson on the famine that was happening at the time). In other versions, the children lose their way in the forest because they did not listen to the parents and fall victim to the evil temptations of the Witch.

The last villain I am going to discuss is the Big Bad Wolf from Red Riding Hood.  Red is given simple instructions from her parent – stay on the path, don’t talk to strangers. Early on, in the story, our heroine is distracted, strays from the path and her fate (ultimately as well as that of her grandmother) is sealed. The wolf tempts the girl, coaxing information out of her, and ultimately kills her grandmother, and attacks the girl. He is the ultimate lesson in stranger-danger; and the price that can be paid.

In each of these instances – fear is the primary motivator for the lesson. Fear of loss. Fear of alienation. Fear of injury. Fear of death (to oneself or others). While this may seem extreme, one must remember the time frame in which most of these stories came into being. Life was not (then) as it is now. One did not have the luxury of being able to pick up the telephone and call 911 and ask for assistance. Bad choices could mean the end of one's existence. Given this understanding of how the world operated, is it any wonder, that some of our more classic mainstays in the realms of fairytales were larger-than-life personifications of the dangers of violating rules?

Villains of old were not designed to be sympathetic characters with options for redemption.